These Catan House rules are ideal for anybody wishing to spice up their next game of Settlers of Catan.

Settlers of Catan is a beloved board game played in homes worldwide for 25 years. You are a settler on the isle of Catan, where abundant resources and your inhabitants may prosper. That is if you can outperform the opposition.

In Catan, players vie to have the largest civilization on the island. They construct highways, towns, cities, and port cities. However, if you’ve owned Catan for a while, you could become tired of the standard rules after a few rounds of play. Check out these hilarious house rules from actual gamers!

Although Catan is a fantastic board game for young adults, the player rules are somewhat rigid. No more than four participants are required; neither more nor less. Some supporters circumvent this by joining teams. Although groups cooperate and utilize the same color, each person still has their turn.

Players on the same team must be sitting staggered with opponents in most team Catan versions. This prevents one team from having three turns in a row and makes it virtually hard for teams to converse without the other teams’ knowledge.

Occasionally, after the game has begun, Catan is difficult to get into. Players who have mastered the rules may feel worn out while waiting for resources to appear in their possession. Fans who become very irritated by this may want to experiment with this little house rule.

Each settler often begins with three cards corresponding to their second colony’s hexagons. Give each player six cards in this variation, one for each of the six related hexagons.

Although this home rule isn’t expressly forbidden under Catan’s standard rules, they don’t exactly promote or recommend it either. This version approaches the Robber and other commercial transactions in a novel way. Players can attempt to bribe the person who rolled the seven to persuade them not to place the Robber on their hexagon. This forces everyone to compete.

Everyone has experienced the situation where they wanted a stone or a sheep but had nothing to exchange for it. You may add interest to routine trading by pledging future resources. You may offer to give them the next brick you acquire instead of having to have the brick right away.

The only house rule in Catan that will make you feel like a superhero while playing is this one (unless you bought the Mega Man Spinoff). The Robber mechanic is likewise eliminated by this house rule (a lot of people seem to hate him, with good reason). Instead, your superpower for the round is determined by the number you roll on the red die each time you receive a seven.

Raising the threshold for winning is a simple technique to increase the game’s intrigue. The game is extended by around an hour by raising the victory point ceiling from the standard ten to fifteen.

Players are now encouraged to consider the long term and compete for the longest road and most army points due to this adjustment (which will probably bounce around a lot towards the end of the game). This small adjustment impacts practically every decision the settlers make throughout the game.

The Robber, a game element that may take your cards and prevent one of your hexagons from generating for you, frustrates many players.

The player that rolls a seven can take whatever resource they choose by changing the Robber into the Banker. That player will still move the Robber, but the Banker will provide an additional resource each time that number is rolled instead of robbing the player’s chosen hexagon.

Take a page from the Monopoly playbook and use this straightforward rule: roll again on doubles! This will refresh your games and keep things interesting. There are a few modifications to this house rule, but the simplest is just to keep rolling if you receive doubles and wait to begin your turn until you have.

Since rolling again might trigger the Robber and compel the player who has just rolled a bunch and gained resources to dump their cards, this adds a little bit of excitement to the players’ turns.

We believe these ‘house rules’ will help people to play the game differently. Use these today during your game session and optimize and upheave your gaming experience. 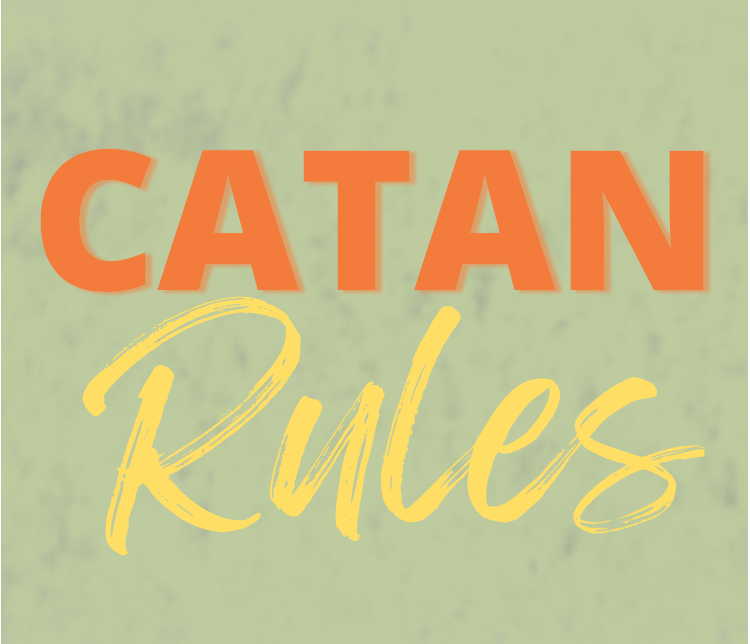